What is a Retirement Plan? 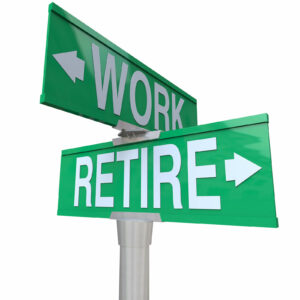 For most of history, retirement was not really a thing. Life expectancy was shorter, and family units were living together, so elders were cared for as just part of what was done in a hunter/gatherer and then agrarian economy.

But over the past 100-plus years, the economy and life expectancy have changed dramatically. The desire to retire has definitely become a thing. In the US, private pensions began in 1875 with American Express Company.

Private pensions slowly expanded for the first decades of the 20th Century, then really took off after World War 2. During this era, life expectancy was improving, but there were still just a few years between retirement and when you graduated into the hereafter.

As the workforce grew during the post-war boom, many workers had a pension to cover at least a portion of their living expenses after they stopped working. When retirement was a short time and you worked for the same company all your life, this made sense.

Pensions still exist, but on a much smaller scale than they used to. And employees are often left wondering if the pension will be there when they need it, or if it will be eliminated to take care of unmanaged corporate debt. You hear the horror stories about this all the time.

Company funded pensions were showing signs of distress by the late 1960s. Retirement plans beyond the pension can be traced to Federal legislation known as ERISA.

ERISA, the Employee Retirement Income Security Act of 1974, was originally put in place out of concern that funds of private pension plans were being mismanaged and abused. The challenge is that in trying to correct this problem, what happened was that Wall Street created a replacement that held people’s money systematically and gave back as little as possible.

So given that challenge, I wanted to look at various common retirement plans as they are used today, and how to get the most out of them as part of a larger retirement—or as we like to call it—a time and financial freedom strategy.

Pensions are also known as defined benefits plans. Other plans can be described as either Individual Retirement Arrangements (IRAs), or defined contribution plans. I’m going to highlight the basics here, and then spend time over the next number of articles going into detail on each type of plan. Just for historical context, four years after 1974 brought us ERISA and paved the way for IRAs, the defined contribution plan, aka 401(k), was born. I’ll be doing a deep dive into IRAs, 401(k)s, and more in the following article. We’ll be looking at not just the broad categories, but different structures of IRA and defined contribution plans, such as:

While our work emphasizes the power of having your money accessible and putting it to work for you right now, there is definitely a place for these retirement plan instruments. Knowing exactly what they are structured to do and what is the best choice for your circumstances and needs will help you make the most of the resources you put into them. That’s what we want for you—to have the resources you need to live retirement your way.